This website uses marketing and tracking technologies. Opting out of this will opt you out of all cookies, except for those needed to run the website. Note that some products may not work as well without tracking cookies.

The father of Chinese Internal Arts in Britain? 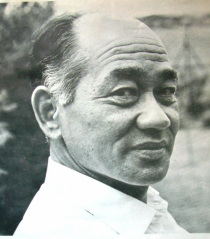 He was taught the Daoist Arts by his adoptive uncle Chan Kam Lee, a dealer in precious stones, from 1934 until the latter’s death in the winter of 1953-4, off the coast of Canton, China, in an accident at sea.

Following this, Chee Soo was asked to take over the leadership of the British Wu Shu Association.  Groups and clubs were formed in The British Isles, Australia, South Africa, France, Germany, Holland, Mauritius and New Zealand.
Chee Soo became President of the International Wu Shu Association in 1959.

The father of Chinese Internal Arts in Britain?

An innovative teacher, he was passing on the Daoist Arts in the U.K long before the so called ‘Kung Fu Boom’ of the 1970’s inspired by the success of Bruce Lee and ‘Chop Socky’ films. He was a Founder member of the British Kung Fu Council (now the British Council for Chinese Martial Arts) the first National Governing Body for Kung Fu in the UK. It was at this time when he made his first major revision of the Daoist Arts, creating several forms and devising a skilfully developed syllabus. As the BKF developed he found himself caught between power struggles and political infighting, he distanced himself and later  avoided any association with the Martial Arts Press and mainstream Kung Fu movement

When I first joined my local club in  1975 all the arts were taught as one unified subject we knew as Wu Shu. Apart from the preparation exercises we practised evasion drills, Striking and kicking drills, wrestling and and locking skills and the T'ai Chi Form. By the mid 80’s he had divided his syllabus into the various disciplines and expanded the curriculum of all. Although ultimately they remained one whole subject, this allowed him to teach his many students according to their interests and nature. He established a Central Coaching school, enrolling us in the British Sports Association coaching programme, and maintained an ‘inner circle’ of high ranking teachers.

A successful author with more than 6 books to his credit most of which are still available through Seahorse books, he had an encyclopaedic knowledge of his subject and taught many of those who went on to become mainstream teachers of these and other arts in the U.K. and overseas.

From Grand master Chee Soo, I learnt the Lee (later re-anglicised to Li) family internal arts now known as Feng Shou, Tai Chi , Chi Shu, Kai Men (Chinese Yoga) Dao Yin Breathing, An Mo ( acupressure and massage) Chang Ming Dietary therapy and much more. I learnt to diagnose peoples health by observing their faces, posture and voice, I learnt to teach and how to heal, and most of all I learnt to recognise, albeit sometimes slowly, when I depart from the path.

Thanks to his knowledge, tireless work and generosity over the 18 years I ‘Took from him’ I developed abilities and knowledge that in most Nei Jia circles I have encountered are considered higher level skills. Furthermore I was inspired to continue my studies, with other great teachers, through constant research, evaluation and practice. I am proud to be among those able to pass on his legacy.

You can read an account of training with Chee Soo written by Patrick kelly here.